PUTTIN THE 'GOO' IN GOULASH 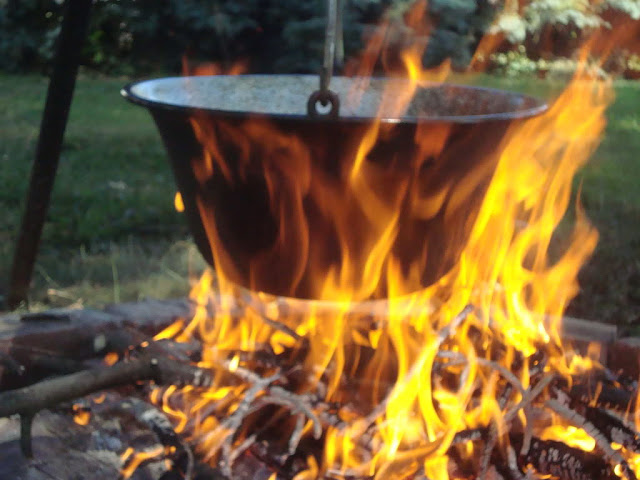 Goulash is one of those iconic Eastern European Dishes. It was invented in Hungary but it is popular all over Europe and the world. It is made many different ways. But there is only one authentic version of goulash and it is Hungarian. I actually learned how to make this dish while visiting Hungary. 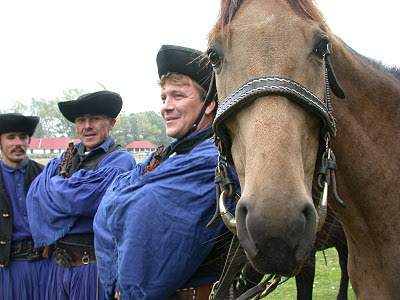 The first goulash appeared 300 or more years ago when the Hungarian Horsemen would set out on The Great Hungarian Plain or Alföld as it is called in Hungarian. They would travel for days, or even weeks at a time on horseback and this created a need for preserving food for the trip. One of the things they would do is roll chunks of beef in salt and paprika and dry it in the sun. When out on the plain they would store it packed into their saddle bags. 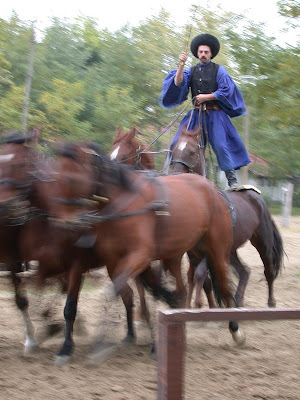 At dinner time they would cook the beef cubes in a kettle of water over a fire which would reconstitute the beef cubes as it cooked. Onions ,potatoes and carrots etc. would often be added.  They call it Gulyas Leves  (Goulash Soup) or Bogracs Gulyas (Kettle Goulash) 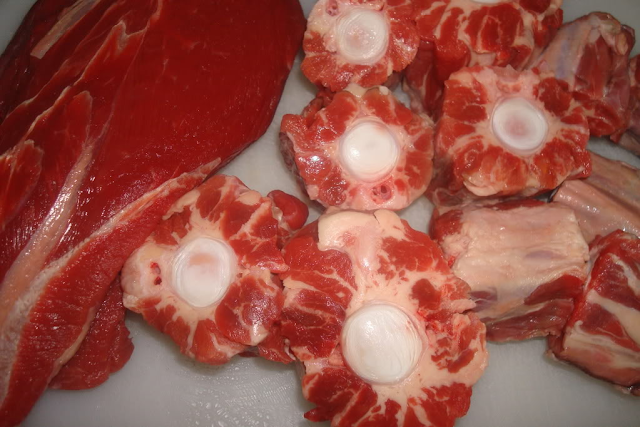 Goulash can be made with any beef stock and cut of beef but what works best is ox tails and shin meat. A rich beef stock is made with the ox tails, onions and herbs and spices. It is rich in paprika which gives it a deep red color.

To make goulash you need a large heavy stock pot and a lid.

PREPARATION: Start by chopping the onions to half inch squares and cutting your meat to 1-1/2" cubes and set aside. Cut any other vegetables, garlic and set aside.

COOKING: Get a large enough stock pot hot over medium high heat. When it is hot add a couple of table spoons of veg oil ( or lard) and throw in the meat cubes a few at a time so that they dont cool down the pot to much. Brown them a on all sides while you sprinkle them with a little salt. Remove them to a bowl and set aside. Keep doing that until all of the beef cubes are browned.

Before the pot cools down add a little more oil as needed. Throw in the dry herbs and spices including the paprika. Give it a quick toss around with a spoon and then add the onions. If it seems to dry or burning add a little oil. The dark browning caramelizing action here is what makes the deep roasted flavor that is associated with good goulash. Add more oil a little at a time if needed.  Put in the ox tails toss them around a little bit and then pour in enough water to cover them. Bring to a boil then turn it down to a simmer and cover. Simmer for about an hour until the meat on the ox tails begins to get soft.

Add the beef cubes and vegetables at this point. If you are adding carrots and potatoes add the carrots now but wait to add the potatoes until the last twenty minuets of the cook. This is because the potatoes will over cook and turn to mush. Simmer covered  until the meat is tender, this could take another hour or so. 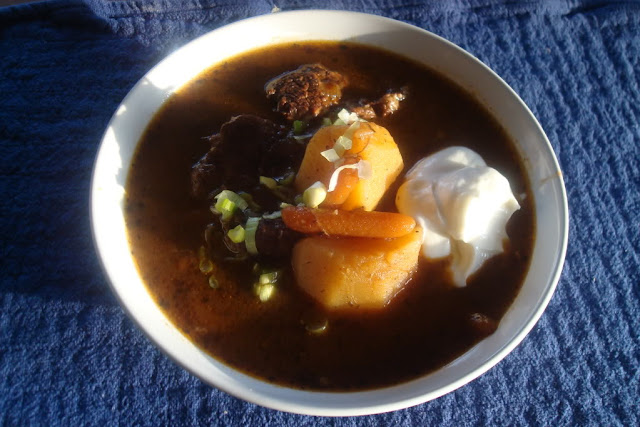 SERVING: When the goulash is done it will be goulash leves (pronounced le vesh) Its brothy and fantastic in a bowl topped with a dollop of sour cream served alongside a slice of hearty rye bread.

It is also served as a stew plated instead of in a bowl. To achieve this consistency make a butter and flour roux. Melt a couple of table spoons of butter in a little pot over med low heat and add a couple of tablespoons of flour. Toss the flour in the melted butter a bit. Don't let it turn dark brown and add a little more butter or flour if necessary. Add the roux to the simmering stew gradually a little at a time and wait to see how thick it gets. When it reaches the desired thick sauce consistency it is ready to go. 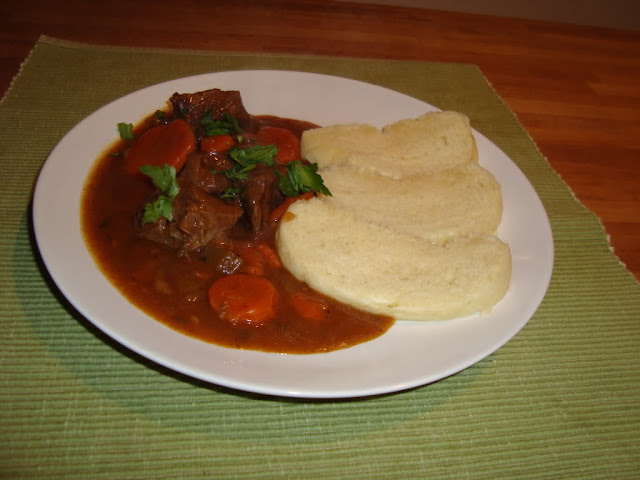 Shown here it is served alongside CZ dumplings as we call them. Basically they are steamed bread dough. They are very filling. 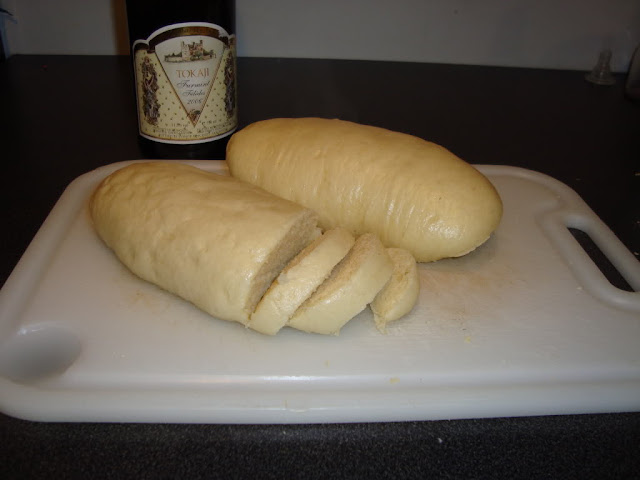 So now is your big chance, get out the goo and and get down with some goulash!
Posted by Bill Capozzoli at 7:38 PM