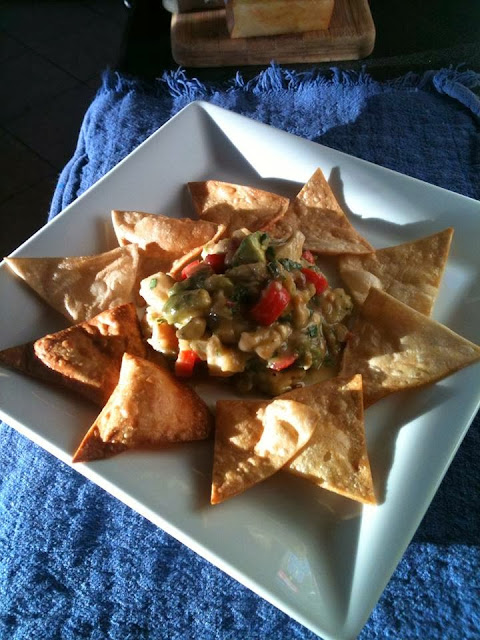 Ceviche is a dish popular all over South and Latin America. It is a light refreshing concoction of fish that is marinated in lime. It is often found at little bars and cafes in coastal areas where there is an abundance of fresh fish plucked right out of the sea. A chemical reaction takes place between the acids in the lime juice and the proteins in the fish flesh. The structure of the meat is altered and it grows opaque and firm. It is also widely believed that the acids kill bacteria. Im pretty sure this is debatable so the same amount of apprehensiveness should apply to ceviche that would be given to sushi. That means that only the absolute freshest fish should be used. To quote Captain Mickey Melchiondo: "There is fresh you can buy and there is fresh you can not buy"  Meaning you can buy fish that is KINDA fresh but if you want truly fresh fish you have to catch it yourself. I love that and there is something special about cooking fish that you have caught yourself.  I will never again make ceviche unless it is fish that has been plucked from the sea and hopefully that day. It is the way it was meant to be and the only true way to make ceviche. 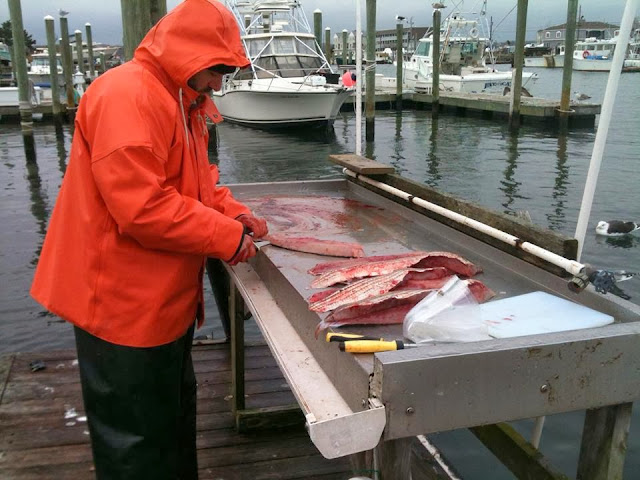 First Mate Craig cleaning and filleting Our Stripers Dock Side.

There are many different types of ceviche made with all kinds of seafood, with the basic combination of fish and lime juice the other ingredients are only limited by your imagination. If you have never made it I suggest starting with this basic recipe. 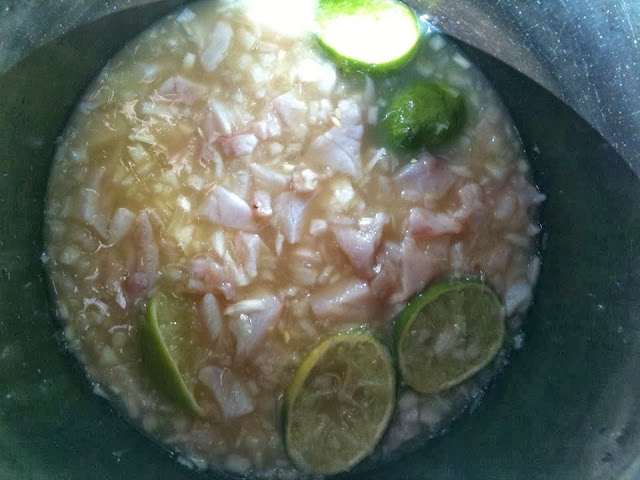 To "cook" the fish in lime place the cubed fish into a large bowl or pot. Squeeze the lime juice on top and add orange juice until the meat is covered well with the juice. Pour in the chopped onions salt and pepper. Give a careful stir to make sure everything is well mixed. Cover and place into the fridge for about two ours. This is sufficient time for the reaction to have taken place.  The chunks of fish will be firm and opaque. There is a "window" of a time frame that ceviche is at its best. It is between two and four hours. It is still good after four hours but it is at its best after two or three. I usually try to time it so that it is ready for guests just like anything that I may be cooking.

After the marinading step is complete take a cullender and strain out the lime juice marinade. You can discard it or drink it. They say drinking it is a cure for a hangover,  well maybe is true, but either way I bet it would be good added to a Bloody Mary, I dont know?

Strain out the fish and onions,  place it in a mixing bowl and add the remaining ingredients.

INGREDIENTS FOR THE ASSEMBLY


Mix a bit, cover and put into the fridge for fifteen mins so that all of the flavors will marry. Then it is ready to serve. Serve it with deep fried corn tortillas, saltine crackers or even garlic toast. It is a refreshing light dish perfect for breakfast, lunch, a picnic or a snack.

While we are talking about fresh fish; my friend and associate Jason Simcox and I were privileged enough to have gone on a fishing expedition aboard the sacred Archangel with the famed Captain Mickey Melechindo at the helm. That is where I got the striped bass for this ceviche. He is better known by most as Dean Ween of the legendary rock group Ween, He is also one of the members of the slam ass, toe tappin, meth-rock band Moistboyz. Any of my neighbors for the last twenty plus years will tell you that I am a Ween fan and more recently having discovered Moistboyz my neighbors have even more to worry about. So, needless to say the trip was extra special for us. It is a pleasure for me to watch someone do what they love, whether it is a musician on stage pouring love and magic, or a fisherman reeling in fish.  It is just simply amazing to me. 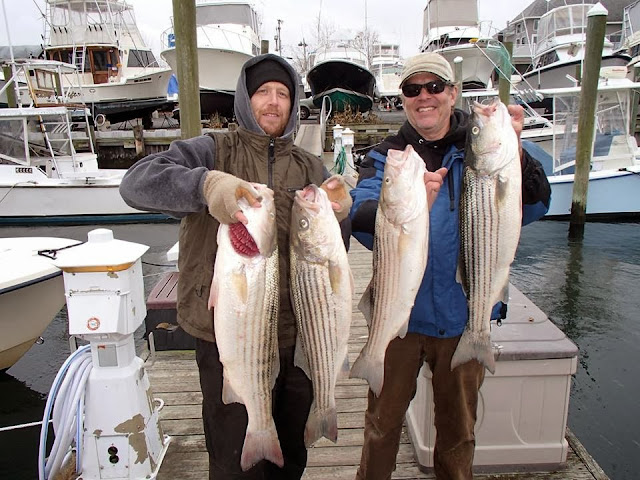 Well, the guy is a madman at finding the fish. He is the Quint of rock and roll, literally!  We were reeling them in like crazy, my arm was tired and my thumb is still kinda sore.

Mickey runs charters out of Belmar NJ so if you ever want to go on a great fishing trip aboard the Archangel give him a call. It is one extra cool way to get fresh striped bass for making Ceviche!
http://www.mickeysfishing.com/ 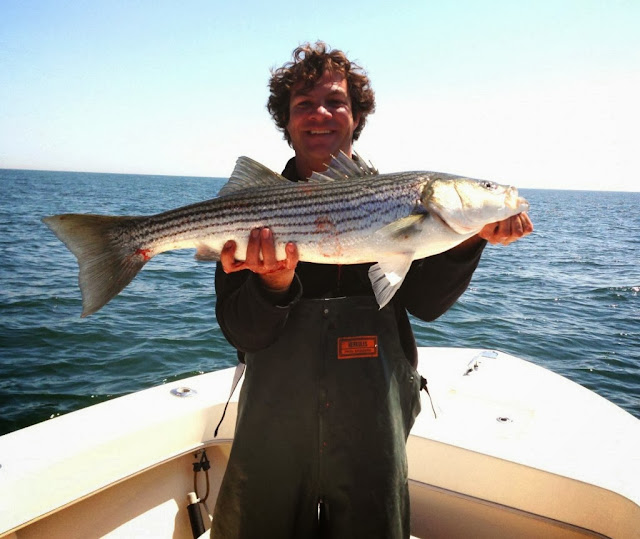 ...and remember, you can tune a piano but you can not tuna fish!

Posted by Bill Capozzoli at 9:52 PM No comments: