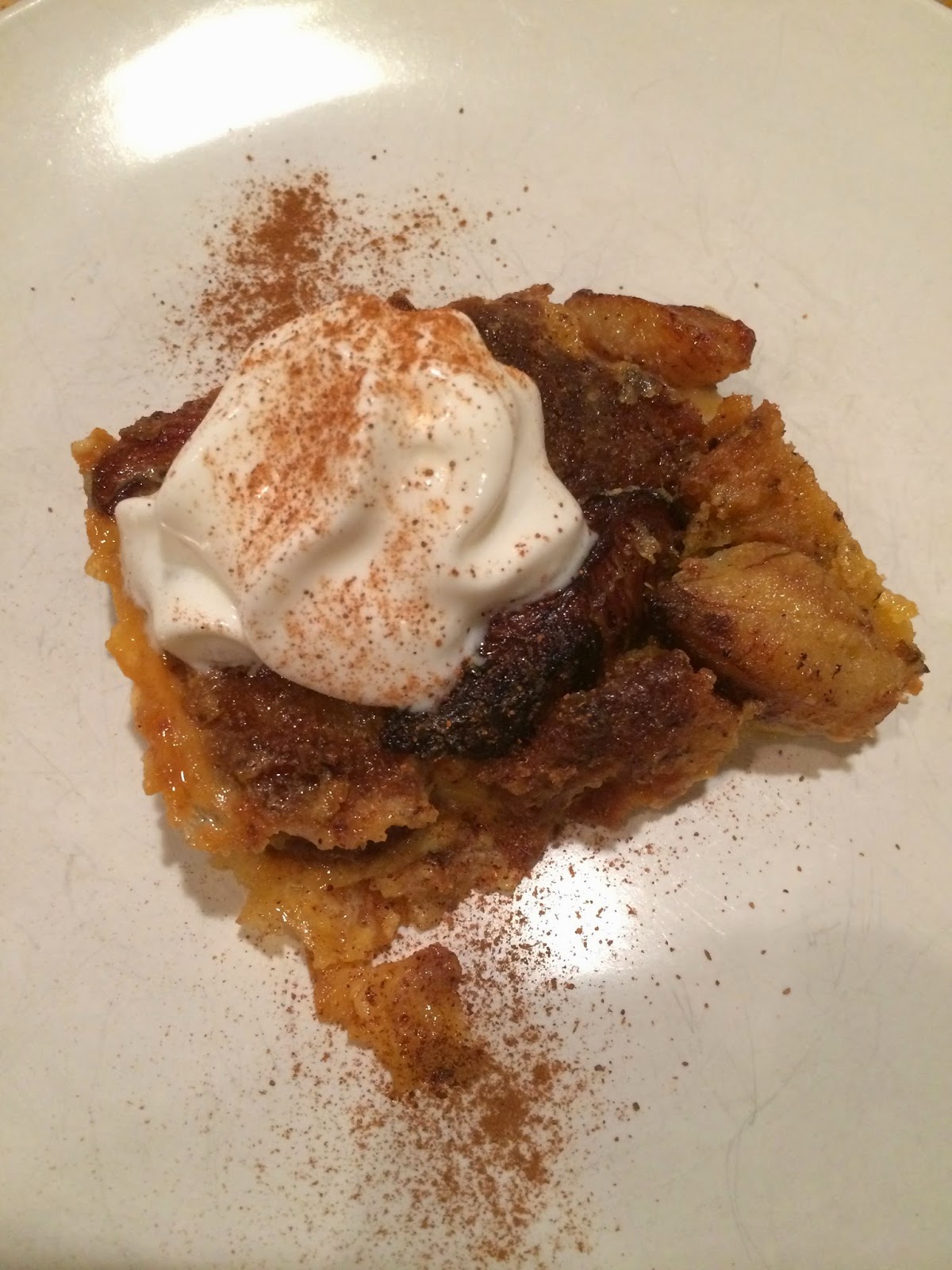 Pain Perdu in french means "lost bread". In France like in many countries they don't throw away stale bread. They make something with it. Croutons, bread crumbs, fritattas, the list goes on and on. This is no doubt because the bread is so good they can not bring them selves to throw it in the trash.

One way to save bread is bread pudding or as they call it in France Pain Perdu. Which by the way is how I believe the American french toast came about. Some cook didn't have any bread pudding left so they faked it with bread in custard pan fried, could be? .There are all manor of bread pudding made all over the world. The variations are endless with the base of stale bread baked in an egg custard. With the addition of nuts, raisins or other fruits you can make a traditional bread pudding that is quite a nice old fashioned desert.  You can change it up from time to time and end up with something completely different. In the Caribbean they make bread pudding with coconut milk custard as one example

You can follow this recipe to make banana bread pudding even if you are using regular bread, or you can change it just about anyway you want. It is a very flexible concept that you should base on what you have leftover and on hand, including amounts.

First off put a pan on a medium burner and get it hot add about a half inch of cooking oil for frying.
Fry the banana slices a minuet on each side until they are soft and slightly browned. Remove them to a plate and set aside.

Preheat the oven to 350 degrees. Grease a bake pan wide and deep enough to hold the ingredients. Place the bread slices evenly on the bottom of the bake pan.

In a large mixing bowl add the rest of the ingredients and whisk them together vigorously. The idea is to not only mix well but get a lot of air in there.

Pour the custard over top of the bread in the baking dish and then place the fried banana slices evenly over the top.

Place it carefully into the oven and bake it for 20 mins or so until the custard is set and it is browning on top. A tooth pic stuck in the middle should come out clean.

Serve it with some maple syrup drizzled or a dollop of whip cream.

We love bread pudding in our house and we make it all different kinds of ways.

Whatever you do don't throw that stale bread away!!!!

Posted by Bill Capozzoli at 5:41 PM No comments: